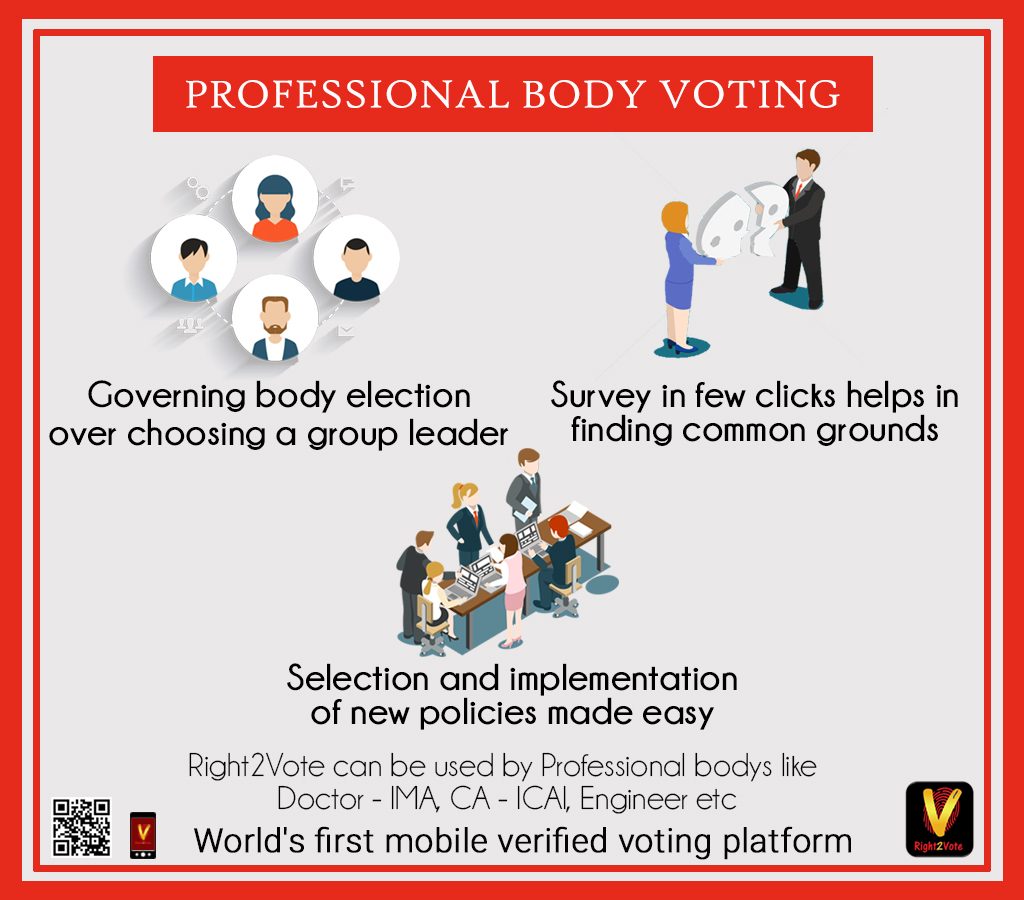 There are more than 100 professions which has an elected body that represent them. For example:

Even among the doctors there are various specialization like gynecologist, cardiology, orthopedic, gastroenterology, urology, dermatology etc. for each specialization there is a different association of doctors at international, national, state, regional level. For example: Cardiological Society of India, American Gastroenterological Association etc.

Tenure of these bodies range from 1 to 3 years and hence elections are held every 1 to 3 years.

Voting percentage in professional body elections are generally low because members are busy and do not have time to travel to booth to vote. Mobile Voting can solve the problem and make these organizations more active and democratic.